All On 4 Innovations | All-On-4 Clinic

Our systems are unique and allow us to fit fixed and permanent teeth that are FINAL, all within 24 hours!

WE DO IT DIFFERENTLY!

Our innovative techniques with All On 4 Plus allow us to take impressions and records to start the fabrication process of the final prosthesis immediately after your surgery. We fit customised stents to the implants and these provide the necessary reference points and serve as a first try-in of the teeth in your mouth. From this immediate post-operative try-in, our technicians, using our special methods, are able to ascertain the required changes in terms of aesthetics, function and speech, and go on to then implement these changes into a brand new set up of teeth in wax, which we try in your mouth within 2 hours of your surgery for further fine-tuning.

As the teeth are set up in wax to your individual requirements and specifications, our clinicians are then able to make any further adjustments to attain the final aesthetic and functional result.

We use a High Impact Acrylic material, which is processed and fabricated after the aesthetics are finalised at the try-in stage, which often takes place on the very same day. Within the processed acrylic there is a stiffening bar to give the prosthesis additional support and rigidity. The connecting cylinders that are used to attach the prosthesis to the fixtures are processed within the prosthesis, which ensures a reliable connection and ultimate fit. Processing and finishing of high impact acrylic takes approximately 12 hours, so it would typically be inserted the very next day.

An alternative older method that some practitioners use:

In a bid to save costs and make the process even quicker, an alternative method that we have seen involves the retrofitting of a pre-made denture onto the fixtures. The dentist would make a standard denture before the surgery, and would then fit metallic cylindrical collars to the fixtures and make holes in the denture where the cylinders emerge. The cylinders are then attached to the pre-fabricated denture through the openings with plastic material. This makes the prosthesis rigidly attached to the implants, and albeit less than ideal, one other possible interpretation of an immediate fixed bridge. But there are numerous issues with this method, most concerning of which are the following:

Those who adopt this method agree with the above, but often argue that the prosthesis which they fit immediately after surgery it is only for a temporary period of 3-4 months while the implants are healing, after which time they would convert it to something that is more reliable. At the All On 4 Clinic, our philosophy is that we do not want to place the implant ‘ecosystem’ under strain, and especially not during the most critical period of initial healing. The problems with the fixtures otherwise may not be evident immediately, but this alternative and cheaper method may cause longer-term issues with peri-implant health, which cannot be reversed.

In addition, we also do not believe that three to four months is an adequate period to allow us to diagnose the nature of the bite and the direction of the forces in your mouth. It then follows that when using alternative methods that force you to have another prosthesis after that time, apart from those additional hidden costs, it might not be the right type of restoration for the long term. At the All On 4 Clinic, we generally advocate wearing our final bridge solution for 3-5 years before deciding on whether to replace it for the same type or to upgrade to other options. During this time the prosthesis may start to show signs of stress in certain cases, such as hairline cracks, which would provide us with key information about the magnitude and direction of forces in your mouth. When the forces are beyond the tolerance of the acrylic material a breakage may occur. When breakage is a result of vertical forces, then upgrading the base material would be the treatment of choice, whereas if a tooth shears off due to excessive horizontal forces, then the only way to reliably fix the problem is upgrading the material of the teeth themselves.

The rationale for fitting immediate teeth to the dental implants is well established and covered in under the section History of Dental Implants. However the set-up requirements are complex and cohesiveness of the entire team paramount in order to facilitate the fitting of an immediate final bridge in a streamlined approach. As such most methods still used today involve a 2-stage process. At the All On 4 Clinic our focus is streamlined immediate solutions, and our facilities are set up accordingly, supported by expert clinicians and experienced staff.

One of the important parts of the set up is incorporating an operating theatre together with a dental and laboratory set ups to allow our clinicians to produce the final bridge within one or two days. The alternative of doing this treatment in the hospital is not ideal, as the patient cannot sit up to allow the clinician to take records of the bite and assess speech, function and appearance. Using the hospital approach typically means that the impressions and records would be taken the following day. However in the following day the swelling sets in and it is difficult to adequately anaesthetise the area for impressions cause discomfort, and the swelling distorts the face which prevents us from making accurate assessment of the try-in, which means that we cannot be sure of the appearance and function until the swelling subsides. Our ability to undertake all the necessary procedures immediately after the surgery means not only better comfort, but also allows us to assess the various parameters before the swelling sets in and to construct the final bridge for insertion in the following day. 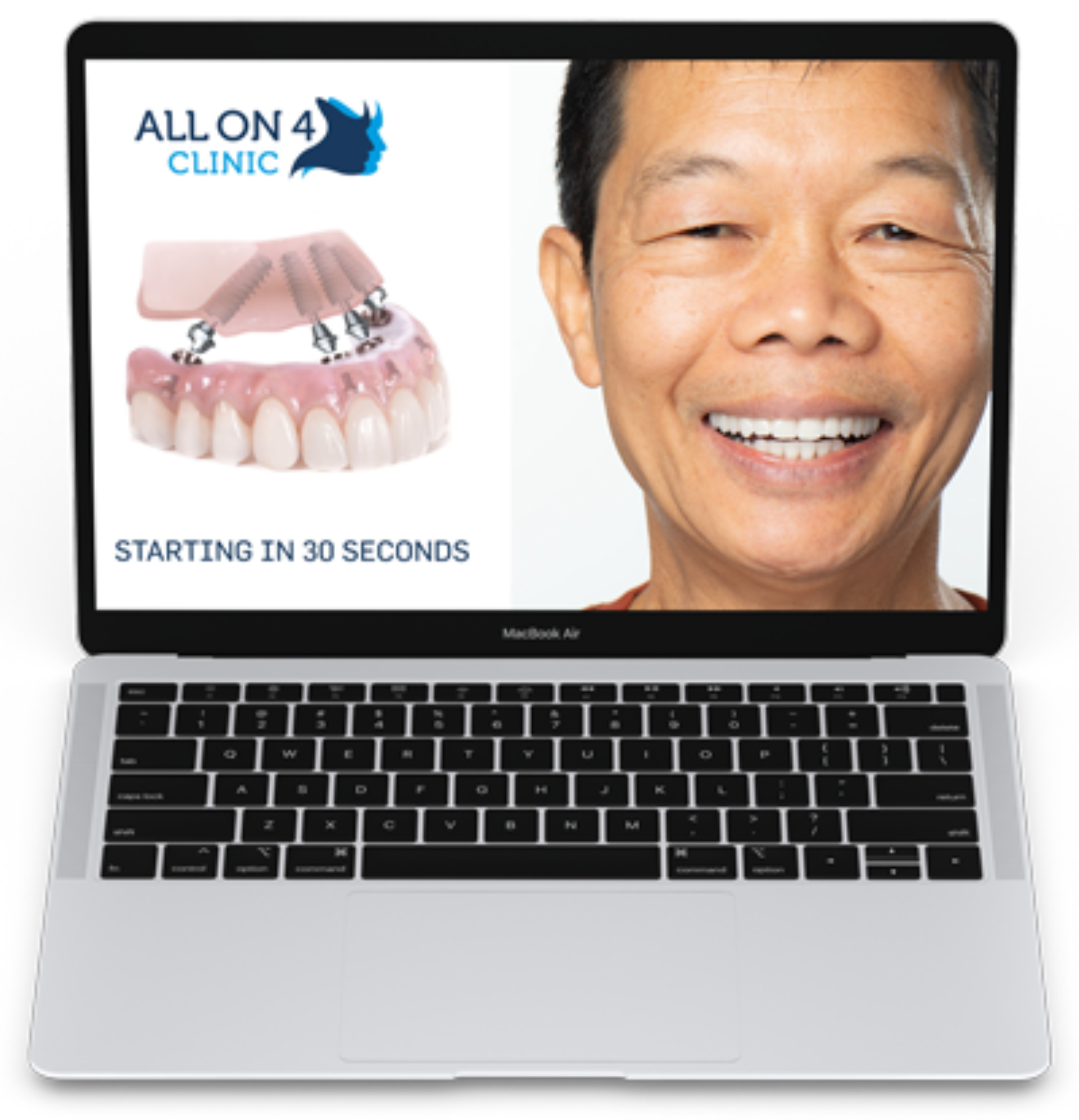 Everything you need to know about All-On-4, All-On-4 Plus and all aspects of the treatment process in less than 60 minutes.

INNOVATIONS THAT MAKE A DIFFERENCE

Our All On 4 Plus treatment uses advanced procedures and methods that have been developed at the All On 4 Clinic, which are individualised to your needs and help improve the outcomes, click here to find out more.

Apples ain’t apples. All On 4 has become a popular treatment in recent years, but in may be done in various ways with hidden shortfalls. Learn how we do it differently to achieve our results.

Below are illustrations comparing our method against other methods used, which may also be referred to as “All-On-4”. 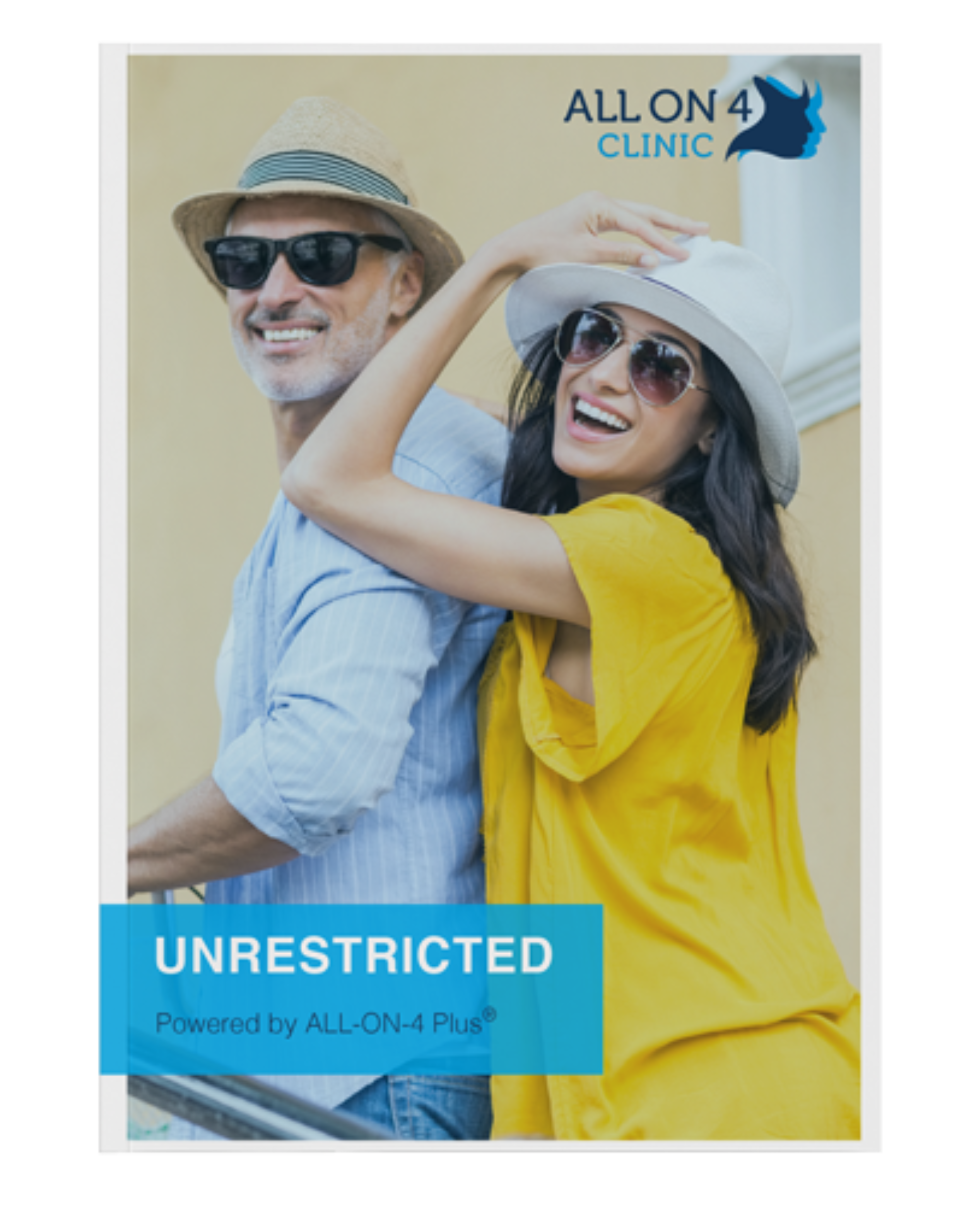 Our information booklet provides you with information on the All-On-4, All-On-4 Plus treatments, Doctors, and our patient expereinces. 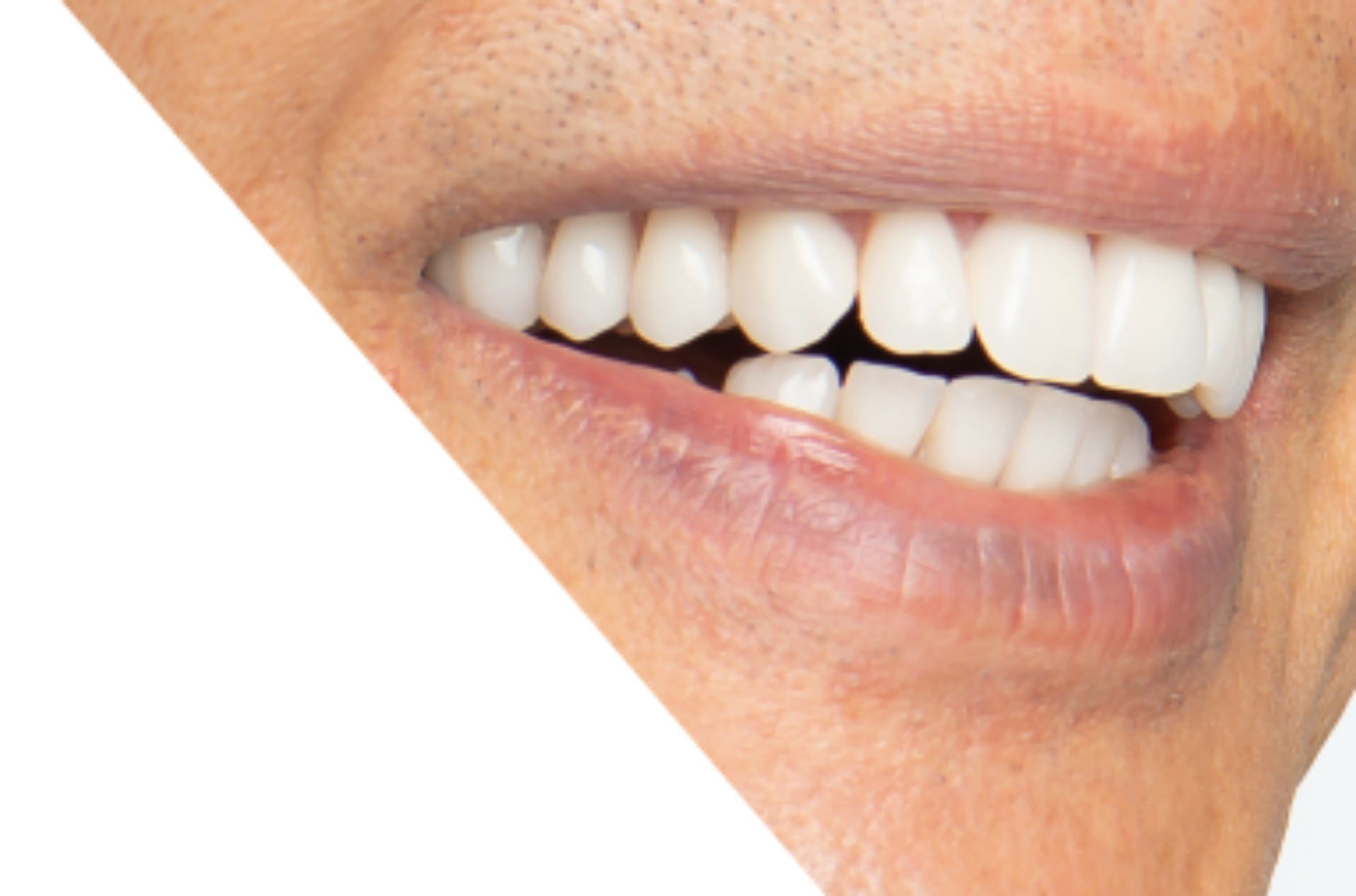 What to view next: 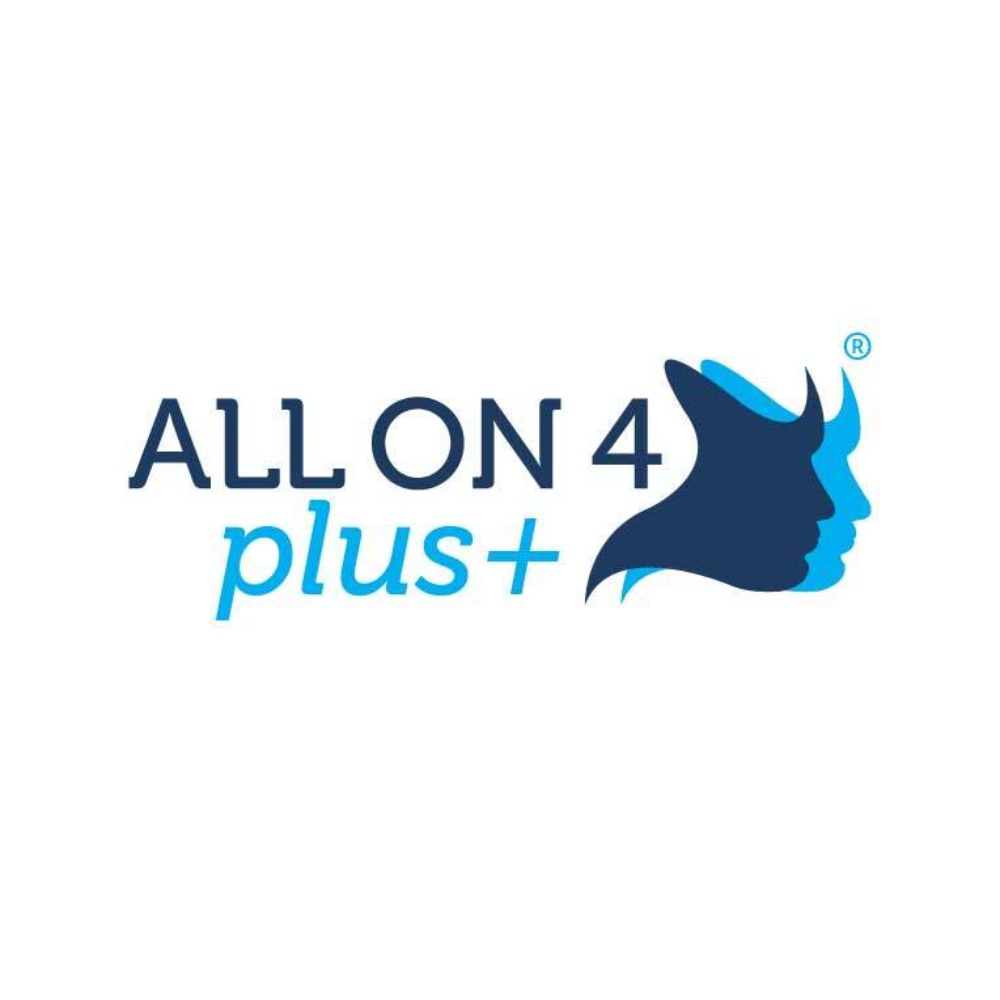 Unleashing artistic expression at the pinnacle of science and innovation with dental implants for long-term results. 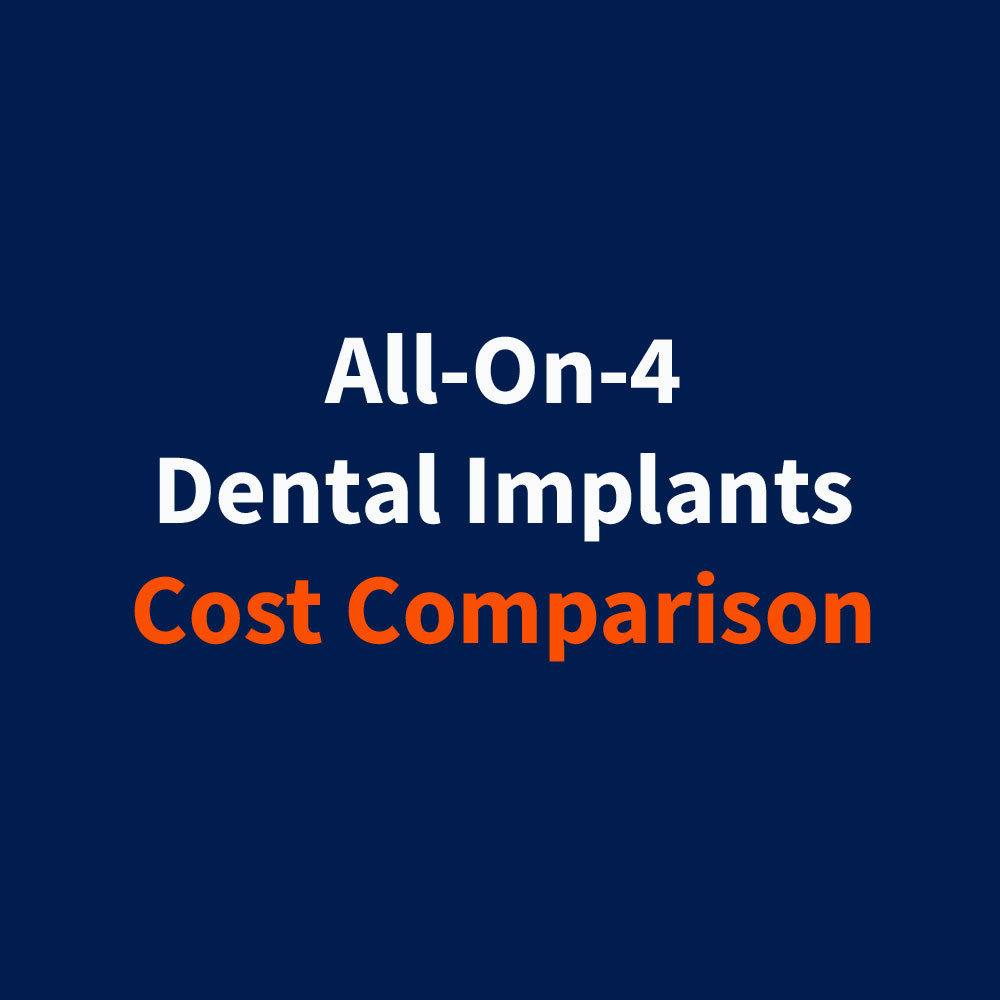 Though there is a significant initial investment, All On 4 treatment offers tremendous value in terms of aesthetics, function and durability when done correctly. By choosing All... 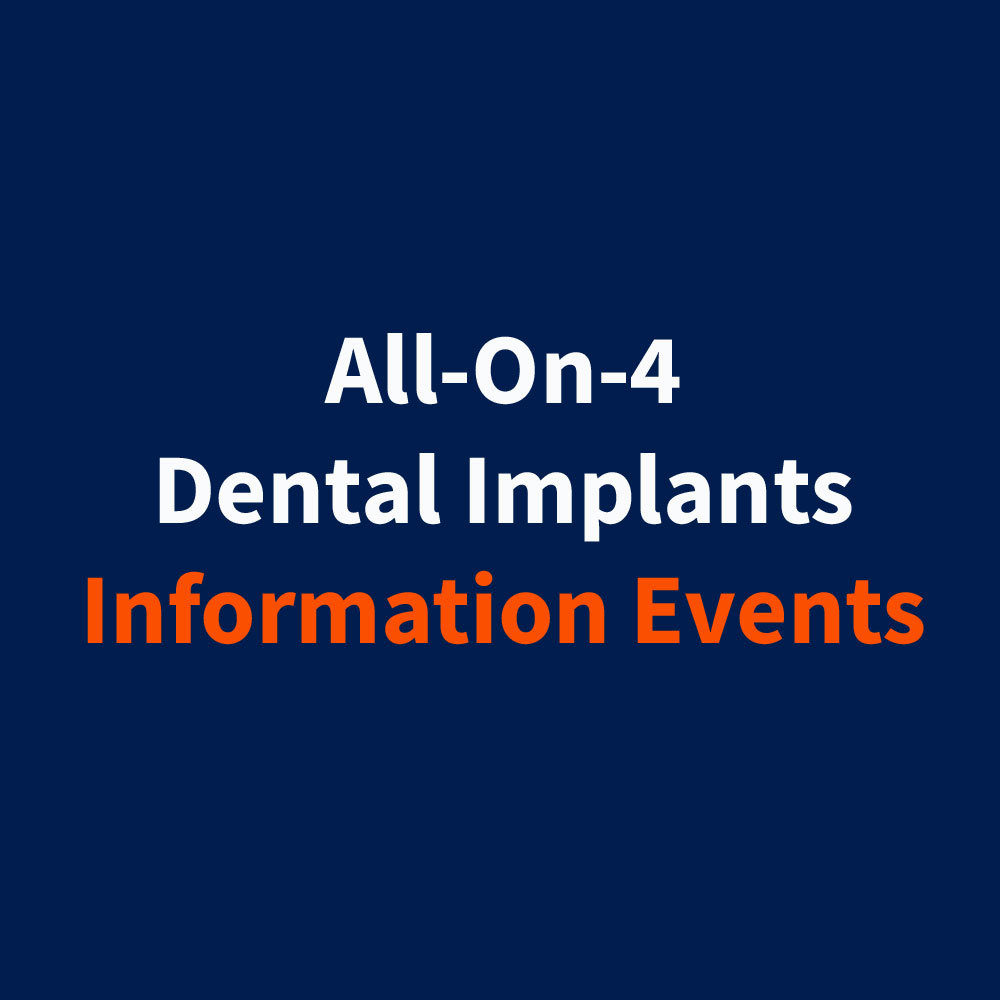 Join our implant-surgeons to learn about our unique world-renowned All-On-4 Plus implant treatments with immediate final teeth.

Happiness Begins With A Smile™